In this post, I show you my actual Social Security Benefit statement.  Most people never look at their own or don't have sufficient basic math skills to understand it.  I will dissect my own statement for you and you will then understand how Social Security works better than 99.9% of the population.  Sadly, the people who understand it least are those receiving benefits. I find that many of these people would rather have their opinions than make the effort to learn what is true.

Two pieces of information we need are on the Social Security benefit statement. Social Security estimates that I will earn $57,298 for each of the next 6 years (see above graphic). From this amount, 12.4% or $7105 will be contributed annually to my Social Security account. Note--since I am self employed, I pay BOTH portions as the government treats me as the employee and the employer.

Now we have the three pieces of data we need.

3. amount that I will receive monthly for life (let's assume no adjustment for inflation) per the benefit statement = $1794 monthly starting at age 62

Let's see how fast I get "paid back" by dividing the monthly amount I will get at age 62 into the amounts I will have paid in:

Let's round up and call that 13 years. So to age 75, the benefits I get are paid for by my own (and employer's) contributions. But what if I live beyond age 75? Where does my $1794 per month come from? It comes DIRECTLY OUT OF THE PAYCHECK OF YOUR CHILDREN AND GRANDCHILDREN WHO WILL BE WORKING.

You may remember that Rick Perry who was a candidate for the Republican nomination for president was quickly forced to end his candidacy after he made the statement that Social Security was a Ponzi scheme. In politics, the worst thing one can do is tell the truth. People don't want to hear the truth, they want to hear what they already believe. And beliefs, more times than not, have nothing to do with facts.

Here's the definition of Ponzi scheme from Wikipedia:

A Ponzi scheme is a fraudulent investment operation that pays returns to its investors from their own money or the money paid by subsequent investors, rather than from profit earned by the individual or organization running the operation. The Ponzi scheme usually entices new investors by offering higher returns than other investments, in the form of short-term returns that are either abnormally high or unusually consistent. Perpetuation of the high returns requires an ever-increasing flow of money from new investors to keep the scheme going.

The above is an accurate description of Social Security because it returns to investors their own money or the money paid by subsequent investors.

Just substitute the word taxpayer for investors and the above sentence is 100% accurate regarding Social Security.

So I want to clearly show to you that Social Security is a Ponzi scheme and that most seniors who think that they merely get back what they paid into the system are sorely mistaken. In fact, even some of those who read this post will continue to believe that they are owed or due this money when in fact this is their opinion, not based in fact.

If that is not a Ponzi scheme where the "early" investors are paid off by money of later investors, I don't know what would qualify.

But the situation is much worse than the above scenario for the following reasons:

2. notice on my benefit statements that if things are really bad, my family can collect as much as $4,360 per month. So if retirees don't do enough individually to drain the system, plenty of family members will join in

So there you have it. An actual look at a benefit statement so you can see that amounts paid to retirees, while some of the money they paid in, is an entitlement--a direct tax on the younger workers transferred to the bank account of the retirees. As for talk of saving the system, Madoff tried to save his Ponzi scheme and you see the result. Ponzi schemes are doomed for failure and cannot be saved. While you may not like this post or the facts, these are facts and not opinions.

And once we all agree on the facts, we come much closer to solving a problem.

Social Security cannot be "fixed" just like a Ponzi scheme cannot be fixed. If we want to tax the productive members of society (those working) and give that money to those who are now unproductive (i.e. not working), then let's call it that and see if we all vote for that. But let's just tell the truth.

A better solution would be to stop this nonsense by paying out whatever there is in the Social Security pot as long as it lasts to all those currently retired and do away with it. We could then go back to a system that works--people save for themselves rather than being a burden on others who are forced to hand over their hard-earned money. 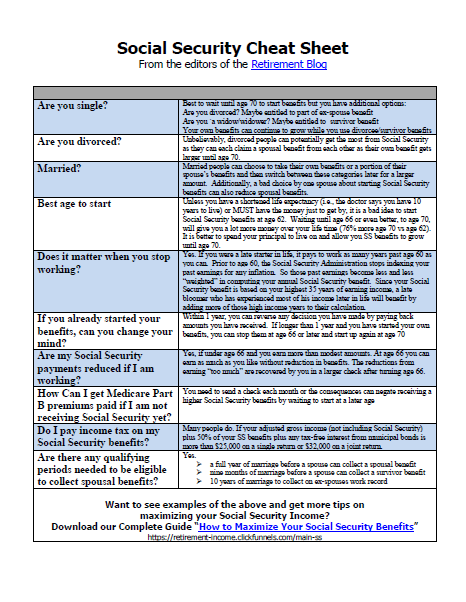