Recessions are Not Bad

People hear the word recession and they automatically think it’s bad. However, recessions have a silver lining for retirees.

First, it is critical to understand that recession does not mean a bad stock market. Recessions and stock market declines do not go hand-in-hand as you can see from this chart below

The gray vertical lines indicate recessions. The blue line is the S&P 500 index. Notice how many recessions we have experienced-recessions are common. 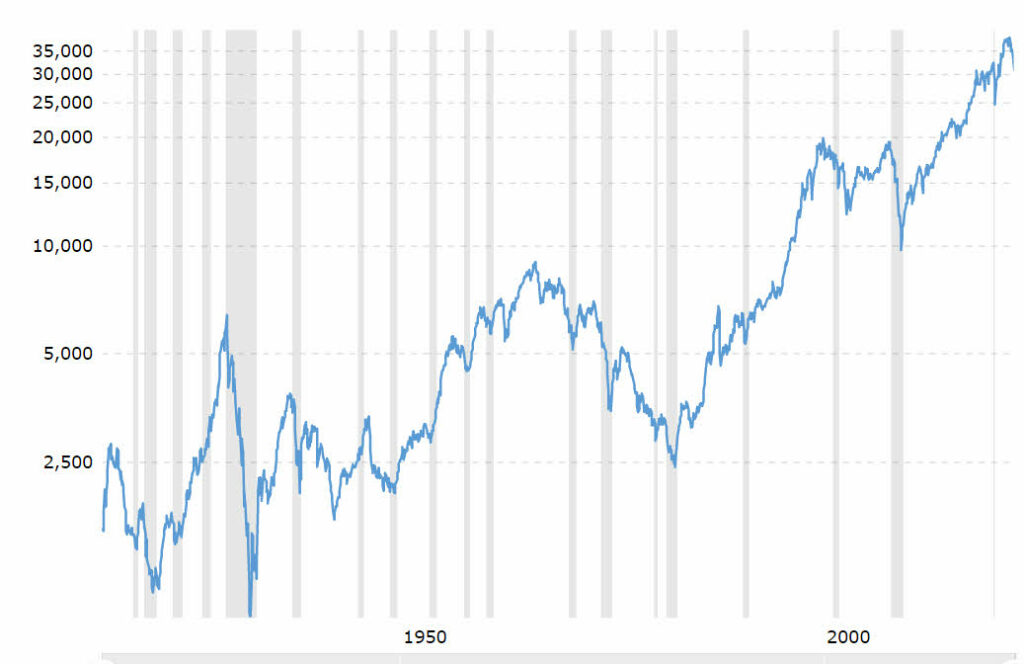 Notice the following from the chart:

This current recession is somewhat abnormal in that it can be classified as stagflation. This term was first introduced in the 1970s when we had a recession accompanied by inflation. However, recession and inflation almost never occur together. In fact, this recession is being caused by the Federal Reserve to reduce inflation. The Fed is purposely dampening business activity to get prices to slow down.

So the first benefit of a recession to not only retirees, is that prices typically decline or inflation subsides.

Another aspect of recessions, from which retirees are insulated, is layoffs.  People will lose their job. Since retirees don’t have a job, they are insulated. In fact, retirees actually benefit from other people losing their jobs.

When people lose their jobs, they take fewer vacations and they eat out less often. That means flights may be less full, airline ticket prices may decline and the venues that you visit will be less crowded. With fewer travelers, the airlines may not need to cancel so many flights for a lack of staff.

And since people lose their jobs, there is more interest in job openings, such as the vacancies at thousands of restaurants that need staff. When you dine out in a recession, the service may improve because the restaurant is better staffed.

The last silver lining of recessions is Fed easing.  Rather than dampen economic activity, the Fed will react to a recession by lowering interest rates, increasing the money supply, and attempting to stimulate the economy. This is good for stocks and fixed income investments and for that reason, stocks and bonds often rise before the end of a recession.