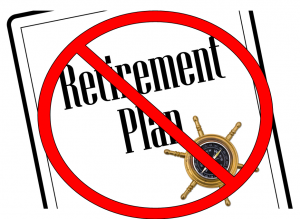 Without thinking, we act as though retirement were some inalienable right, provided by the declaration of independence or maybe even the bible. But I cannot find anything anywhere about any right to retire. So maybe we should rethink the idea.

Maybe, we need to face that this is the end of retirement as we know it.

In my research of the history of retirement, I could not find much. Why? Because the notion of retirement is maybe 100 years old.

So in the 5,000 or so years that modern man has roamed the planet, it is just recently that this idea came about. Until 100 years ago, life chronology was simple. As soon as you were able to work, you went to work.  You worked until you died.

If you became too sick to work before you died, your family supported you during your illness until you died. End of story.

The Idea of Retirement Was a Short-term Anomaly

Some people may think that as a culture, we have advanced far enough such that we are able to create such abundance during the first 65 years of life, that we can live off the fat thereafter. But that is not the reality.

That MAY HAVE BEEN the reality (I suggest an anomaly) for the last 70 years or so, but it is not current reality.

I see countries in Europe forced to cut retirement benefits or increase retirement age, just as we must do in the US with Social Security. I see people underfunded in their own savings to finance retirement. Something like 50% of all workers in the US have no retirement savings.

It's not that people don't want to save. They don't have the ability to do so. When most people live paycheck to paycheck, no amount of education or cajoling will get them to save. So maybe it's not the workers who are broken but the notion of retirement.

The evidence is that as a society, we do not create sufficient wealth so that at some point, we can just kick back and go fishing.

In other words, we had a small window in history where the "greatest generation" created great abundance.  They created abundance for themselves and their children (the first generation of knowledge workers, the first generation to attend college as a norm), so that for a short time, the masses could stop working completely at age 65.

That era is over. Retirement is now a phenomena permitted to the upper classes but not for the other 80%.

Retirement is generally permitted to knowledge workers. These folks have received good salaries and worked at jobs with pensions. Maybe they even have some stock options. For the blue collar and laborers and everyone else, not so.

The End of Retirement

So let me make that heretical statement – you don’t deserve to retire! If you figured out how to create sufficient excess for yourself and you are in the 20% or so who can live off the fat, kudos to you! For the rest of you, get real. Just because someone put this fantasy in your head called retirement won’t be the first time someone has told you a fib.

History clearly tells us that the model is to work until you die. In fact, wasn't that the punishment Adam earned for all of us?

Now that we are real, let's look at another possibility. Maybe you don't want to retire and should not retire. In my research of the meaning of life, the philosophers seems to boil it down to the simple idea that life is about making a contribution to others. If that's the case, then live a full life and shun retirement.

If you can continue doing your current work indefinitely, then great! But if your body no longer allows you to build roads or dig ditches, you have options.

How can you make a contribution and also get paid to support yourself? It's called work–and that does not necessarily mean a job. 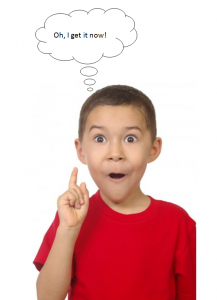 I have earned a lot of money in the last 30 years and have not had a job. Basically, I awoke each day and figured out how to make a contribution to others and have them pay me for it. It's not that hard when you start thinking that way but it may be a new way of thinking for you. So let's practice.

Go into your community today and walk into a business you have frequented continuously. It might be a restaurant, a laundry or a car wash. Ask the owner, "what is your biggest problem?" He says "I need more sales." You say "If I brought you new customers, would you pay me a percentage?" "Yes!" he blurts.

So you work out a tracking system with him to identify the customers you send him. You then do the following:

Get the idea? Then do this for every business you like.  This is just one simple idea based on a model called "find out what people need and provide it to them and get paid."

Profiting from this model requires no special talent or skill (it helps if you are a good communicator, a skill that can be developed).

How many different ways are there to implement this model? The opportunities are limited only by your imagination and the number of desires that people have and will pay to have fulfilled.

So stop thinking about retirement as it's not permitted to all. It's the end of retirement where you spend 30 years fishing from the dock at your lake house.

There are much greener pastures for you ahead -- a way to age gracefully, a way to support yourself financially and a way to contribute to others. It's the end of retirement but the beginning of a new chapter.