Low interest rates create winners and losers among retirees.  There are four ways that retirees lose in this low-interest rate environment.

Even though inflation for the general public is under 2%, it is higher for a typical retiree. In fact, since the mid-1980s, the Bureau of Labor Statistics has been keeping track of inflation for people age 62 and over. They call this indicator "consumer price index-experimental (CPI-E)." 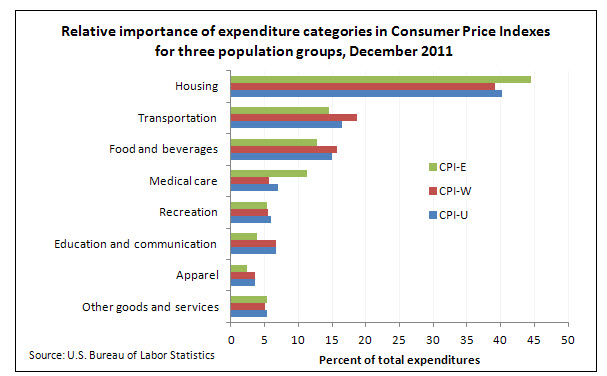 So what is the inflation rate for older Americans?

The data kept by the BLS shows that consumer price index for retirees is .2% more than for workers on average, each year (CPI-E vs CPI-W measured since 1982). The .2% may seem small, but my calculator says that such a small difference year after year amounts to a 7% higher cost of living for older Americans since the date of measurement. This 7% has not been accounted for in social security cost of living adjustments.

Also consider the above assumes the BLS data is correct and that is suspect. For example, BLS claims that in recent years, medical expenses have slowed for those age 62+. My conversations with seniors do not support this.

In fact, those age 62 to 65 not yet eligible for Medicare have seen very steep increases in health insurance premiums under Obamacare.

Seniors tend to keep more of their assets in fixed income investments than other age groups.  It is obvious that people no longer working seek financial security. Bank deposits and high-quality bonds offer such security. However, rates on these instruments have been declining for more than 30 years (see chart below of one-year cd rates). Obviously, the average retiree is the loser. 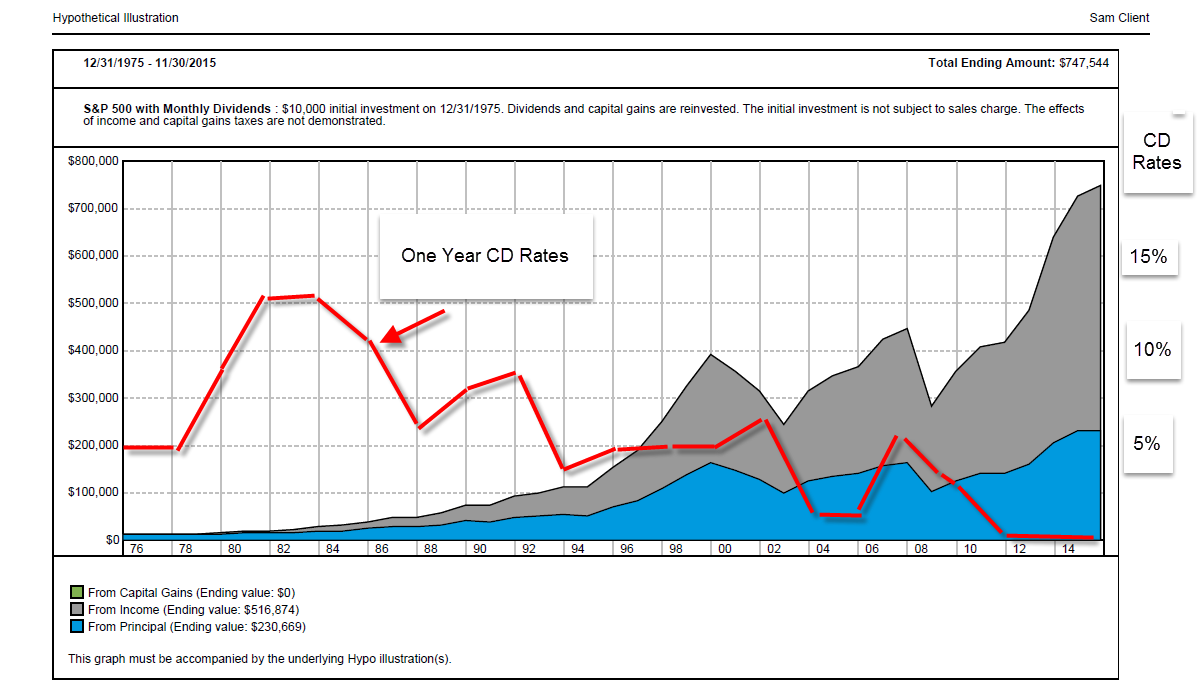 Those retirees more heavily invested in equities and real estate have come out winners as we will explore below. In fact, the above chart shows the growth in value of the S&P 500 over the same period that rates have been declining.

Retirees Have Lower Levels of Debt

Younger people tend to have higher levels of debt. That is obvious as they are getting started in their careers and their incomes are far from their peak. Additionally, young people are burdened with high rents or significant mortgage payments. It is common for a younger person to have a negative or minimal net worth.

People in debt benefit by low-interest rates. The low rates make homes and cars loans more affordable.  Conversely, older consumers have high asset to debt ratios. A typical senior may own their home free and clear and a have portfolio of investments. They may have no debt at all so the low-interest rates on loans are no benefit. A person in this situation suffers from low-interest rates because they earn a lower rate on their assets without an offset of lower rates on their debt.

The exception are those heavily invested in equities and real estate as we explore below.

In fact, the US municipal pension funds are aggregately underfunded by over $1 trillion. What will these plans do when they simply have no money left? Those municipalities that are able will declare bankruptcy as some cities have already done.

Not all public entities can declare bankruptcy (e.g. US states may not). Even those entities that can seek bankruptcy protection (e.g. US cities) may still be held liable by the courts for their pension payouts. How does one squeeze money from a stone? Low interest rates may be harder on future retirees than current retirees as some pension plans may become insolvent.

In addition to public pension plans, corporations among the S&P 1500 have an unfunded liability exceeding $400 billion.

Who Wins from Low Interest Rates

A major factor in this cycle of low-interest rates has been the Federal Reserve’s actions to flood the economy with money. Notice how the slope of the line below becomes more steep as the Federal Reserve printed more money since 2008.

This money printing helped to bring the US out of the 2008 recession and is currently supporting our economy as evidenced by falling unemployment.

Flooding an economy with money tends to push up the nominal value of assets such as stocks and real estate.  Clearly, since 2008 you have seen the stock market increase substantially. Home values have recovered in most areas largely assisted by low-interest rates. Therefore, retirees who own real estate and stocks have been low rate beneficiaries.

These retirees can potentially sell a large house for more money and trade down. They can take the profit and make additional investments. Additionally, they can sell stocks and capture the profit and reinvest this money into interest earning assets.

Even though AARP and many retirees complain about no cost of living adjustment in their Social Security benefit, we see that the coincidence of low inflation and low rates may be a big net benefit for many seniors. The benefits of higher asset values and ease of finding employment would seem to far offset another fifty or hundred dollars of monthly Social Security income.