Brexit: Silver Lining for US Retirees 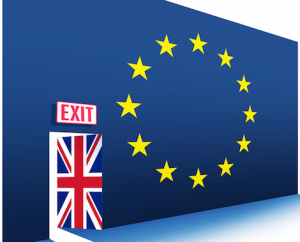 You recall the story about the emperor who had no clothes. No one dare state the obvious until a small boy did so. Once stated, everyone reacted. And so it is with financial markets.

Financial markets around the world have been breaking down for some time. We have written several posts about deflation and the pending bankruptcy in Venezuela, the untenable debt problem in China, and the unending weakness in Russia.

The above is in addition to the big issue which Alan Greenspan discussed today on CNBC. The developed world is attempting to support its aging populations on the backs of workers. And there are simply not enough workers to support them. This problem has haunted Europe for a decade (as they have liberal entitlements), resulted in the Greek bankruptcy and is an ever growing US concern.

Investors have been content to go merrily along ignoring these obvious problems. Now with Brexit, everyone has decided to pay attention. This is a typical market phenomena. One occurrence brings attention and reaction to several other problems which have been lurking in the background.

The effect of Brexit on retirees will be far-reaching.

What Does Brexit Mean for US Retirees

Because the global economy is weak, retirees cannot expect increased rates on their fixed income investments. World banks will continue to supply liquidity and keep rates at zero or even force interest rates negative. This unfortunately may make retirees even more dependent on entitlements which are already strained.

Unfortunately, Brexit now gives rise to separatist sentiment in other European countries and five years from now, there may be no European Union or Euro as each country decides to go its own way.

Because of such uncertainty in Europe, the currencies there and the Euro will fall (relative to the US dollar) and retirees can enjoy a less expensive European vacation.

Why do these global issues impact US retirees? Because all countries are intertwined. The Federal Reserve Governors wanted to raise interest rates in the US but have deferred because of weak global conditions.

This is likely not good for stocks and we have provided the indicator that tells you when to sell. As of June 24, 2016 that indicator has not signaled to sell. Indeed, the S&P 500 is just 3.5% below its record high even after today’s post-Brexit decline.

As to those not-yet-retired depending on a company or public-sector pension, the effect of Brexit on retirees further strains those pensions to keep their commitments.  Those pension plans are designed with an interest assumption such as earning 7% annually. In a low interest world or a world plagued by deflation, those pension plans will not meet their forecasts and not be able to meet their obligations to retirees.

Silver Lining for US Retirees

Because the US is in relatively better financial condition than most countries, US retirees enjoy a strong currency. Because your dollar goes further, you can live abroad affordably in places like Mexico, Central America and South America. And that option to live abroad affordably may also extend to Europe if the Euro significantly declines or disappears.

Get Notified of New Tips and Ideas to Make Retirement Better

Get great insights for more retirement income, insights that you will not see elsewhere. No more than 2 notifications a month and unsubscribe at any time!