Most investors know that banks sell certifcates of deposit (CDs) but what you may not know is that brokerage firms sell them too. What's more your brokerage firm may offer a wide variety of options from different banks, with varying maturity rates, as well as Certificates of deposit that calculate the interest in several different ways. Brokerage firms don't always publicize the availability of CDs, but ask. You may be pleasantly surprised at the many options for your CD money and opportunities to increase retirement income.

One of the biggest benefits of using a brokerage firm is that you can invest your CD money into several banks without opening a new account at each bank. In addition to cutting down on paperwork at tax time, it can also be important when it comes to FDIC coverage for your deposits. Keep in mind that FDIC coverage is typically limited to $250,000 per person per bank (through 2009), but if you buy via your brokerage account, you can put your money into several banks thus maintaining coverage on your entire investment.

Another benefit of brokered certificates of deposit, is that while the broker receives a commission for selling you a CD, it doesn't come out of your pocket. The bank pays the broker. Another potential benefit may be liquidity. If you place your CD money with a bank, there is usually an early withdrawal penalty if you want your money before the end of the term. When you use a brokerage firm, your CD can be sold on the secondary market at any time, however what you receive will reflect market conditions and may be more or less than you originally paid.

When it comes to interest rates, you'll have to do some homework. Brokerage interest rates are competitive and often higher than what you'll find locally, but you shouldn't expect to squeeze a few extra basis points out of a broker the way you sometimes can with a banker.

Sometimes you can go to your bank and say the bank across the street is offering 10 basis points more, and they'll give it to you. You won't be able to negotiate rates at the brokerage firm, and you don't get any special deals for being over 55, depositing a large sum of money or doing a lot of business with a brokerage. CD rates are what they are. They don't care if you've got $10,000 or $10 million.

Brokered CDs are usually extremely competitive, but it pays for consumers to comparison shop with banks in their neighborhood where they might have a little more influence. Banks can be looking for a lot of different things. They're looking for funding, but they're also looking for relationships. They could encourage consumers by offering teaser rates.

Both banks and brokerage firms offer a choice of different types of CDs to attract your CD money. Many offer more than the traditional fixed-rate CD. There are CDs that allow you to step up to a higher interest rate during the term of the CD; others may let you make a penalty-free withdrawal. These days you have many options to choose from other than the traditional, one locked-in rate for term CDs. There are callable CDs, zeros and secondaries. There are different maturities and coupon (interest payment) frequencies where you can possibly get higher yields.

A callable CD usually offers a higher rate of interest because the issuer reserves the right to redeem the CD before maturity. The CD would be redeemed early if interest rates fell because the CD could be reissued at a lower rate. Most callable CDs come with a one-year call protection period during which the CD can't be called, and the interest rate is guaranteed. If the issuer doesn't call the CD, the customer continues receiving the higher yield for the remainder of the term.

If you buy a callable CD, make sure you understand the difference between the call period and the maturity date. Also, as with any CD, be sure the term (the length of time before the CD matures) is appropriate for your liquidity needs. Keep in mind that if interest rates drop, it is highly likely the CD will be called.

Similar
to a zero-coupon bond, a zero is a CD that doesn't have a coupon or interest that's paid over the term of the CD. Instead, the CD sells at a discount to face value, and when it matures you get the full face value. You might buy a $10,000, five-year CD for $8,500. After five years, you receive $10,000. This would be appropriate for CD money that does not need to generate a current return, but you invest for a specific need in the future, e.g. to help a grandchild with college.

A drawback to zeros is that the IRS expects you to pay tax on the interest as it accrues each year. Since it's phantom interest, you'll have to come up with the cash unless the CD is in a tax-deferred account.

Index linked CDs pay interest based on the performance of the stock market, but unlike an investment in the stock market via a mutual fund, you cannot lose your money and your deposit is FDIC insured. This type of CD would also be for CD money invested for a future need as there is no interest to be had during the term.

Let's illustrate how they work:

You deposit 10,000 in a CD that has an 8.5-year maturity and is non-callable for two years. At the end of the term, in this case 8.5 years, you receive your initial deposit back plus interest equal to the percentage gain of the S&P 500 index. Let's assume the index increases 60 percent during that time. You would receive $16,500 at maturity, which is equivalent to an 8 percent yield compounded.

The upside of the index linked certificate of deposit is that you could earn substantially more than you would have in a fixed annuity. The drawback is that you also could have earned nothing (if the market hasn't advanced, or lost ground).

It is important to note that most index linked CDs have a "cap" limiting the maximum gain you can receive. For example, a 100 percent cap would limit your gain to a double on your money. In the above example, you would be limited to receiving a maximum of $20,000 at the end of the term. Other CDs may have a "participation rate," where you earn a stated percentage of the gain of the market during the term of the CD.

CD-type annuities are not really CDs but are annuity contracts where the locked in interest rate matches the period of time you have to own the contract to be able to cash it in without a penalty. They differ from CDs in several ways.

Another significant difference is that the taxes on the interest earned are tax-deferred until you cash it in. The longer you keep your money in annuities, the longer that interest has to grow before you pay income taxes on it. If you wish to switch to a different contract at the end of the term, you can roll it into another annuity contract without incurring a taxable consequence.

The one feature that an annuity can offer that a CD won't is that you can always convert it into a guaranteed income stream for a specific period of time or for the rest of your life, or the life span of you and your spouse.

The last significant difference is that because of the tax-deferral, if you pull your money out before you are age 59 1/2, there is a 10% tax penalty. 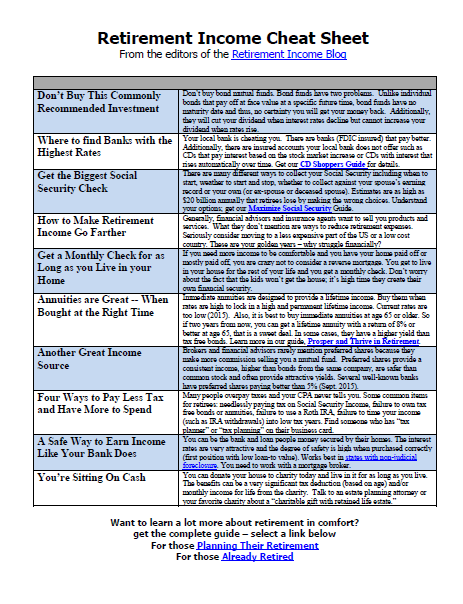