You may have done a Roth IRA conversion 2016. 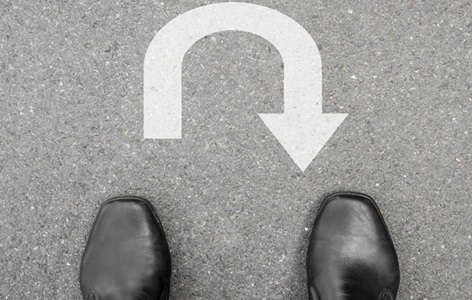 We have documented all of the sound reasons to do a Roth Conversion. Perhaps you converted a traditional IRA or 401k to a Roth IRA. Sometimes, after you do the conversion, you change your mind and IRS lets you!

This post is your guide for the answers you need and why and how to reverse your decision.

The tax that accompanies the Individual Retirement Account or 401k conversion to a Roth is always a nasty pill to take. Nevertheless presumably, you've determined you'll sooner or later gain more benefits from a Roth IRA than keeping those funds in your traditional IRA. You decide that the Roth rollover, or series of partial rollovers, is worth it. But if your converted resources take a dive in the stock market after your convert you can 'unconvert' your Roth IRA conversion 2016 to reclaim conversion tax that you paid.

Why Do the Roth IRA Conversion in the First Place?

There are three benefits to gain through a Roth IRA conversions:

Time -- The advantage of the Roth is that the funds will grow and can be removed tax-free.  But you must give those funds enough time to grow in their tax-free account to make the future tax savings with the tax you must pay on conversion.  Additionally, IRA has restrictions on removing converted funds from a Roth.  Therefore, you should plan to leave the Roth assets untouched for a minimum of five years to make the conversion worthwhile.

Costs -- Upon conversion, you need to pay the income tax due on your converted funds, which have never been taxed. You lose the opportunity of having that tax money grow once paid to IRS.

Fidelity has a very good FAQ if you want to read the more minute details.

But IRS makes you an unbeatable deal. You can reverse your Roth ira conversion for 2016. If you 'unconvert' the transfer by the deadlines, you'll again be holding a traditional IRA - worth only $40,000 - but then you're not liable for the tax on the $80,000 for the conversion process you had done earlier. You will get a refund if already paid.

At the end of the post is a shirt Motley Fool video which discusses recharacterization for this reason of declined values. 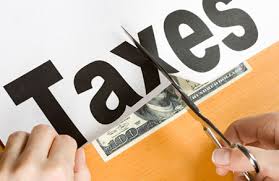 There may also be other reasons to undo a Roth IRA conversion:

Remember that previously, IRS had limits on who could qualify for a Roth IRA conversion (taxpayers with $100,000 AGI or less).  Now, there are no income eligibility restrictions for doing a conversion but limits on making a Roth contribution remain.

Because those with higher income cannot make Roth IRA contributions, there is a "backdoor" method for getting contributions into a Roth.

Step 1: you make a non-deductible IRA contribution (no income limitations)

Step 2: you convert that IRA into a Roth IRA

The correct term for the undoing of a Roth IRA conversion is called a "Roth IRA Recharacterization."

Never file your tax return by April 15. Always get an extension as there are several opportunities to reduce tax "by the due date of your tax return or 6 months later if you have filed an extension." Just one example is un-converting you Roth IRA as explained in this post 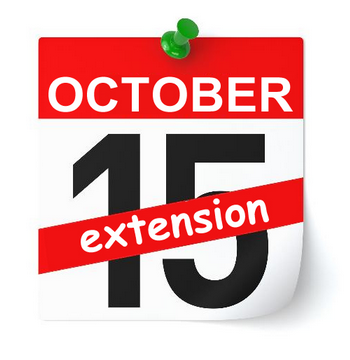 So the first tip is if you perform a Roth IRA conversion 2016, automatically apply for an extension to file to give yourself the maximum amount of time to recharacterize. This gives you a long period of time to see how your IRA performs, or if tax rates decline, and if a recharacterization would be beneficial.

If you do decide to recharacterize before you file your 2016 tax return (as late as October 15, 2017), the following steps need to get done. Be sure you notify the trustees involving both IRAs - the traditional IRA from where you took the funds as well as your converted Roth IRA trustee. Notify them before the transfer day that you want to recharacterize that Roth IRA as a traditional IRA. Let them know:

Take a look at this tax table for a married couple considering a Roth IRA conversion in 2016.

Notice that most of the taxable income up $75,300 is taxed at 15%. But the next dollar of income is taxed at 25%. A smart taxpayer will stay aware of these brackets during the year and to the extent possible, keep taxable income in the lower tax brackets.

If considering a Roth IRA conversion in 2016 or any year, know that the converted amount gets added to your income and can easily push you into a higher tax bracket and make your conversion expensive. Therefore, it may pay to convert just part of your account each year.

Since tax rates for 2017 are unknown, we use the known tax rates for 2016 for our example. Say that Jack and Mary are owners of $100,000 in traditional Individual Retirement Accounts. They have used a Roth IRA conversion calculator and determined it is beneficial to convert to a Roth IRA. Their income for 2016 is $90,000. After deductions and exemptions, their taxable income is $62,000. Look up $62,000 on the table above.

You see that Jack and Mary are in the 15% tax bracket. And they could earn another $13,300 and those earnings would still be in the 15% tax bracket. So rather than convert their traditional IRA in a single tax year, they convert a portion each year. In 2016, the convert $13,300. Next year they will do the same calculation and make sure that they only convert the portion of their IRA to a Roth that will not push their income into the next tax bracket.

Next Step - See the Accountant

Recharacterizing a Roth conversion is not a very common event.  You may think your accountant should be familiar with this but maybe not. So let him read a copy of this post and then he can assist you to pay less tax in this area.

Lose a Fortune on Your 401k Rollover

If you do not do any of these correctly:

This is just a handful of the MANY mistakes IRS waits for you to make with your rollover. Avoid them when moving your retirement finds. Get the One-Page “401k Rollover Cheat Sheet” now and keep your money!